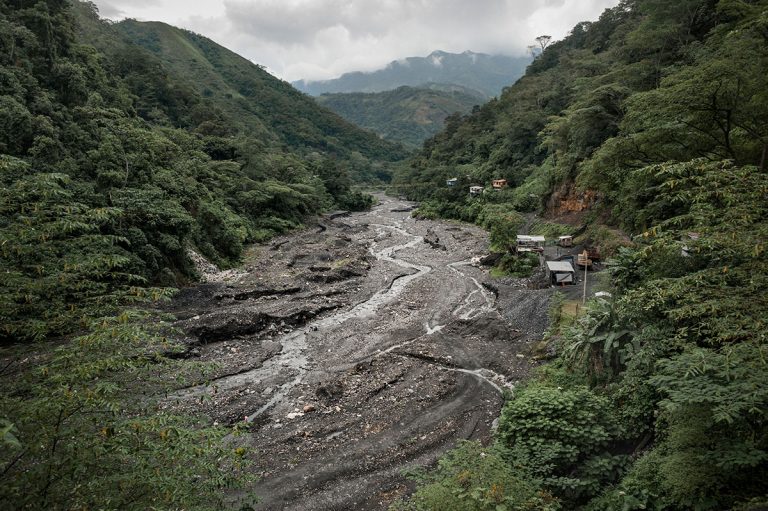 In 2005, Santiago Saavedra and his friends made a pact—one that’s still in progress today. Over the course of their lifetimes, they would visit all 59 national parks in Colombia. In their travels, Santiago and his friends couldn’t help but notice a steadily increasing presence of mining activity across the Colombian landscape. As a PhD candidate at Stanford University at the time, Santiago’s first instinct was to study the health impacts of these mining operations on people.

His initial study led to troubling findings. According to Santiago’s research, children born downstream from mines experienced adverse health effects, believed to be caused by mercury, cyanide, and other chemicals from the mines contaminating rivers. In addition to the health impacts, unregulated operations often put workers’ lives at risk.

The ecological impacts were also daunting. Mining operations in Colombia swept away over 60,000 acres of forest in 2014, according to UN figures. And, according to the Colombian Mining Association, nearly 80% of these operations are believed to be illegal. Using traditional land use tracking methods, Santiago discovered that it could take the Colombian government up to two years to detect these upstarts—far too long to stop illegal extractions.

As Santiago’s academic career progressed, powerful economic interests continued to fuel exploitation of land and natural resources in Colombia. Now an Assistant Professor of Economics at Universidad del Rosario, he secured funding from Google Earth to pioneer a new technology-enabled workflow that would greatly reduce the time needed to detect illegal mining operations.

The new workflow leverages machine learning models and satellite imagery. Now in beta testing, the new detection system is designed to work like this:

Equipped with near-real-time data, officials will now have direct insight into what’s happening on the ground, and the opportunity to take appropriate action.

While driving visibility into illegal mining remains a major focus in Colombia and many other resource-rich nations, additional forms of environmental degradation threaten forests and other important ecosystems worldwide. Countries around the world are experiencing loss of biodiversity, animal habitats, and forest carbon storage, due to increased usage of land by humans.

Given the pace and extent of land cover change across the globe and the worldwide concern about climate change, governments and other land owners have implemented policies to better understand how land is being used and view change over time. This is an endeavor for which tracking and mapping is crucial.

However, gaining access to land cover data, and the tools required to stay on top of monitoring land, has often presented a challenge. Expensive infrastructure to collect and store data is generally required, along with time-consuming collection of field data and the availability of experts to assemble and interpret remotely sensed data.

Responding to a clear need from governments such as Santiago’s, a group of organizations formed a collaboration focused on reimagining the current land classification and monitoring process.

The team emerged with a streamlined solution – one that breaks the barriers of existing technology. Eliminating the need for expensive infrastructure, Collect Earth Online is cloud-based and free of charge, with no download required. 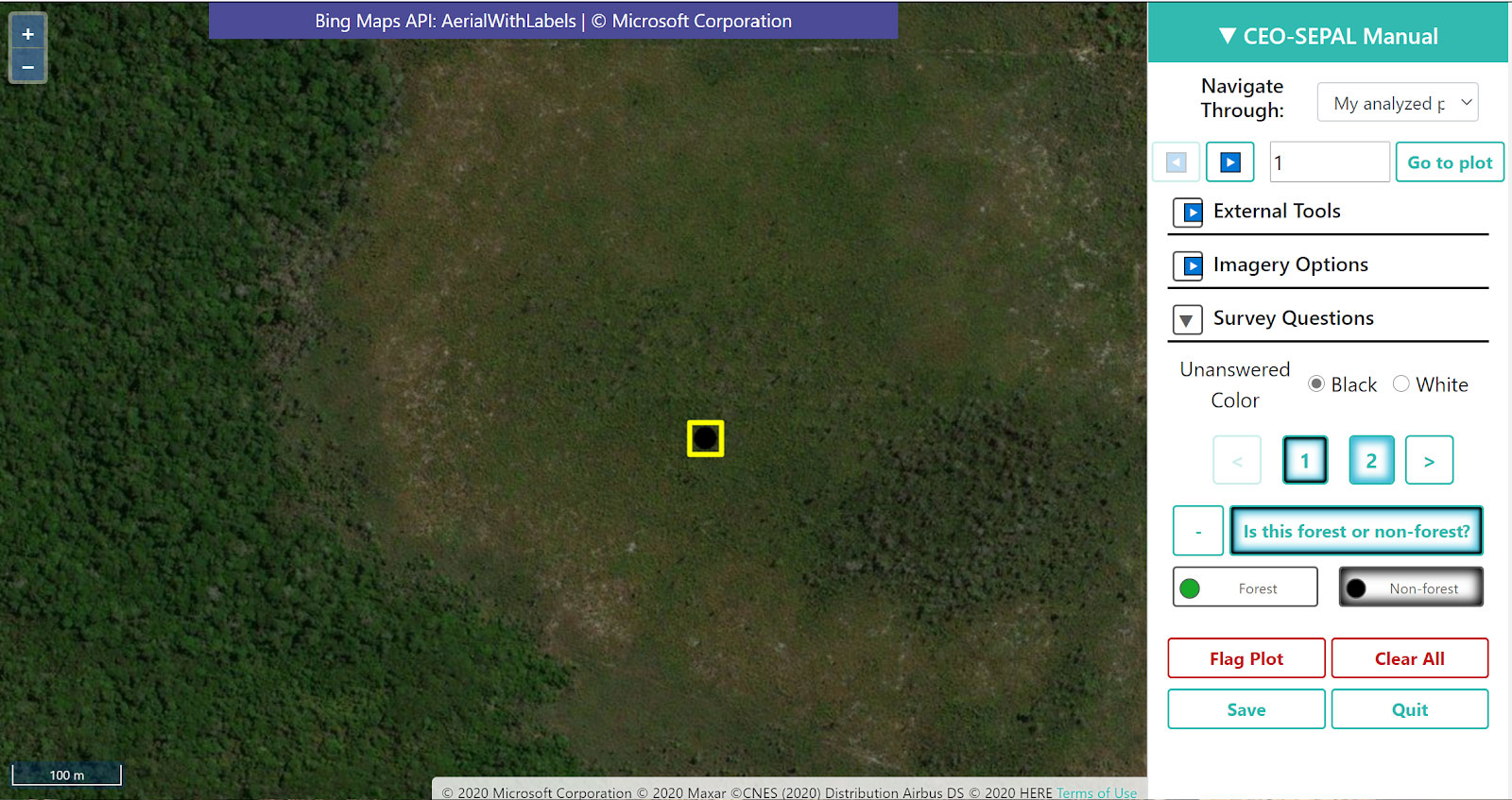 Collect Earth Online provides an intuitive, web-based data collection interface that enables multiple users to contribute to labeling the landscape for monitoring and classification purposes. To start, users create projects that bring together multiple sources of imagery of the earth’s surface. Next, they can pair imagery with a customizable labeling questionnaire, which allows other users to contribute data. Crowdsourcing data (or leveraging “community science”) enables users to collect large amounts of data quickly to answer important questions such as, “Is this land forested?” or “Do you see evidence of a mine in this location?” To date, 4,500+ users have collaboratively assigned labels to over 9 million sample plots in Collect Earth Online.

Armed with access to crisp satellite imagery and the ability to crowdsource data collection, users can more easily collect mission-critical information about their landscape of interest. Information on forest loss, crop locations, changes in vegetation, and soil erosion can then be leveraged to understand what’s happening on the ground and advance the fight against climate change.

“This innovation allows collection of up-to-date data about our environment and its changes in a more efficient and participatory manner using the local experts that know the landscape and the underlying ecology.  Thus, it helps us to obtain and upscale practical inputs at a time when environmental challenges are taking on urgent and unprecedented importance.”

According to Karis Tenneson, head of the Environmental Mapping team at Spatial Informatics Group, the company providing the development resources that power Collect Earth Online:

“Armed with the consistent, reliable data they need, including the high-resolution imagery from Planet NICFI, government officials can take direct action, whether it’s advocating for legal protection against land clearance or enforcing conservation policy. They also have the opportunity to develop targeted solutions that address underlying socio-economic causes of deforestation and forest degradation.”

Want to learn more about how our customers use Collect Earth Online functionality to drive impact?

Stay tuned for a deep dive into feature functionality and customer use cases.

The organizations that contributed time and resources to build Collect Earth Online include: